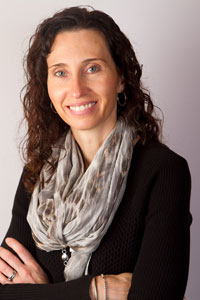 Dr. Shannon Jackson received her medical degree in 2001, and completed her internal medicine and hematology training at the University of Calgary in 2007. She went on to complete a sub-specialty fellowship in clinical hemostasis under the mentorship of Dr. Man-Chiu Poon at the University of Calgary, and has continued working with patients who have hemophilia and other bleeding disorders by joining the Adult Division of the British Columbia Bleeding Disorders Program, based at St. Paul’s Hospital. Her current research interests include the study of the impact of ageing in the ageing hemophilia population, and in particular whether hemophiliacs develop ischemic heart disease at the same rate as the general population. She is currently studying the prevalence of disorders of collagen in the bleeding disorder population and platelet characteristics in type 2B von Willebrand Disease.