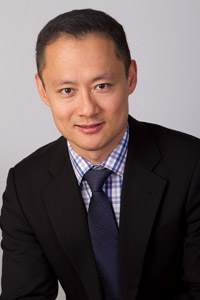 Dr. Paul Yenson completed his internal medicine and hematology training at the University of British Columbia in 2007. Before joining the Division of Hematology in 2009, he undertook fellowship training in apheresis medicine at the Puget Sound Blood Center and Seattle Cancer Care Alliance, Seattle, Washington and in congenital blood disorders at the Hospital for Sick Children, Toronto, Ontario. In addition to his general hematology practice, he is currently a staff physician with the Vancouver General Hospital Thrombosis Program, the Apheresis Program of British Columbia and the Adult Hemophilia Program of British Columbia.