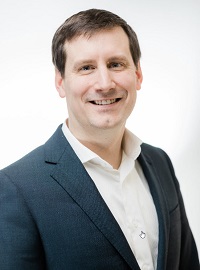 Dr. Kevin Hay is a Clinician Scientist at the Terry Fox Laboratory and Leukemia/Bone Marrow Transplant Program of BC in Vancouver. Dr. Hay received a Master of Science in Immunology at the University of Manitoba (2008), followed by an MD (2011). After completing residency in Internal Medicine (2014) and a clinical fellowship in Haematology (2016) at the University of British Columbia, he was awarded a scholarship through the Clinician Investigator Program of UBC to pursue a postdoctoral fellowship in cellular immunotherapy which he completed at the Fred Hutchinson Cancer Research Center in Seattle Washington under the mentorship of Dr. Cameron Turtle.

Dr. Hay’s research focuses on understanding the unique toxicities associated with Chimeric Antigen Receptor (CAR) T-cells, as well as the development of novel CAR-T cell therapies. He is Medical Director of the Conconi Family Immunotherapy Laboratory, a GMP facility in British Columbia dedicated to the manufacturing of cellular immunotherapies, and is Principal Investigator on a Phase I/II trial in Canada using CD19 CAR T-cells for the treatment of B cell malignancies.